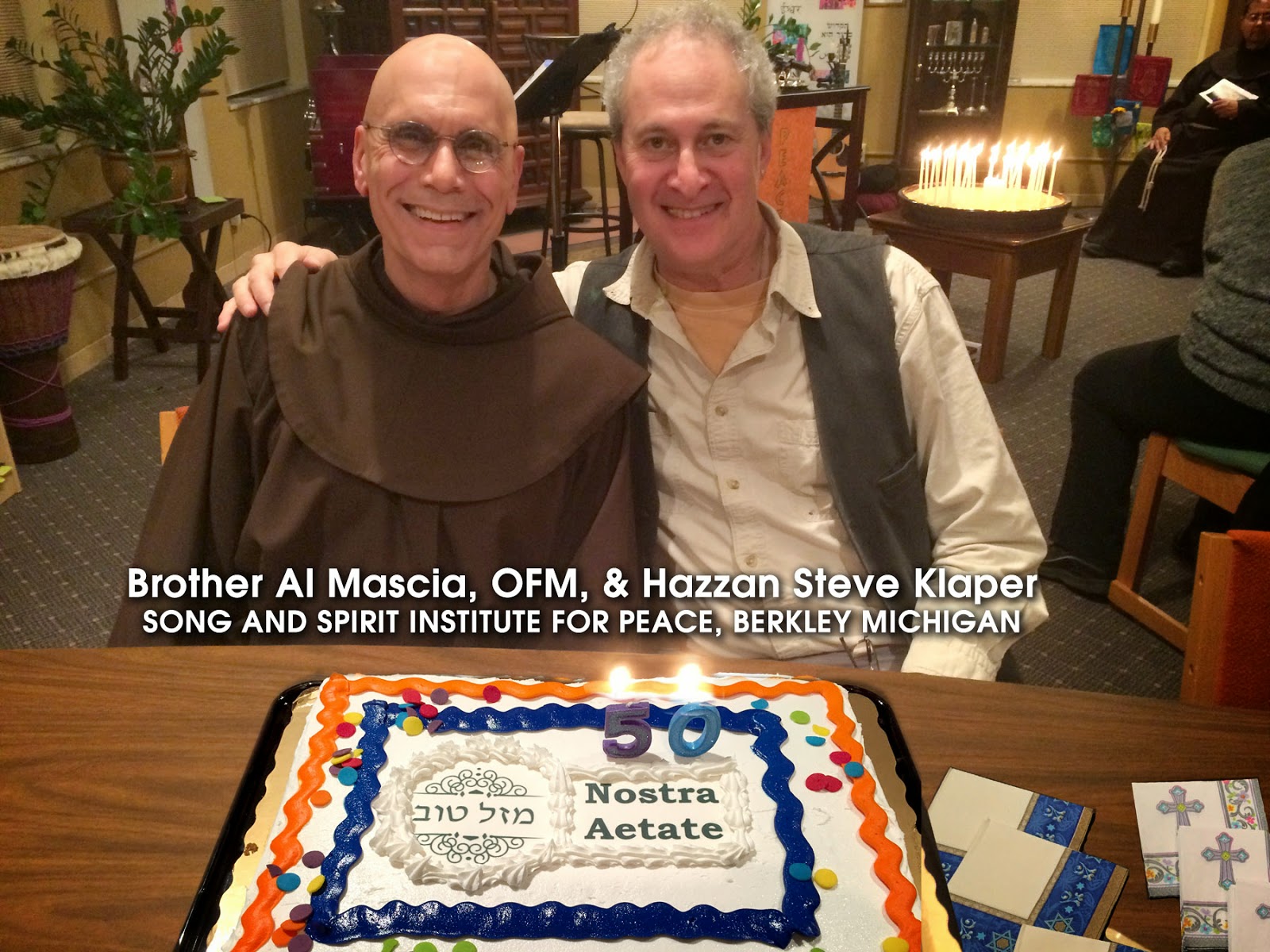 Song and Spirit began as a sharing of music, a sharing of intention and tradition. It has blossomed because of the many, many friends and supporters who have chosen to join this grand interfaith adventure, who share a willingness to take a spiritual walk on the “wild” side.

In many ways, we are the heirs of a daring and dramatic process begun 50 years ago, an anniversary we celebrate this year.

In 1965, the Second Vatican Council made historic changes to church policy and theology. Among them was Nostra Aetate – Latin for “In Our Time” – a document that revolutionized the Catholic Church's approach to Jews and Judaism after nearly 2,000 years of pain and sorrow. Section four of Nostra Aetate repudiates the centuries-old "deicide" charge against all Jews, stresses the religious bond shared by Jews and Catholics, reaffirms the eternal covenant between God and the People of Israel, and dismisses church interest in trying to baptize Jews.

Rabbi Abraham Joshua Heschel and the American Jewish Committee (AJC) submitted a paper to the Vatican on the relationship between Christianity and the Jews — titled “On Improving Catholic-Jewish Relations” — which proved instrumental in the development of this groundbreaking document. For the first time in history, Catholics and Jews were encouraged to engage in friendly dialogue and biblical and theological discussions to better understand one another’s faith.

As this relationship continues to evolve and the understanding of the meaning of Nostra Aetate continues to unfold, the distinct imprint of Rabbi Heschel can still be felt.

Every month at the Song and Spirit Institute for Peace, we hold a unique service we call “From Sabbath to Sabbath – an Interfaith Havdalah." Hazzan Steve leads the assembly in closing the Jewish Sabbath and then Bro. Al ushers in a Christian observance of the Lord’s Day. This March, those in attendance marked the 50th anniversary of this historic event with conversation… and a little cake! 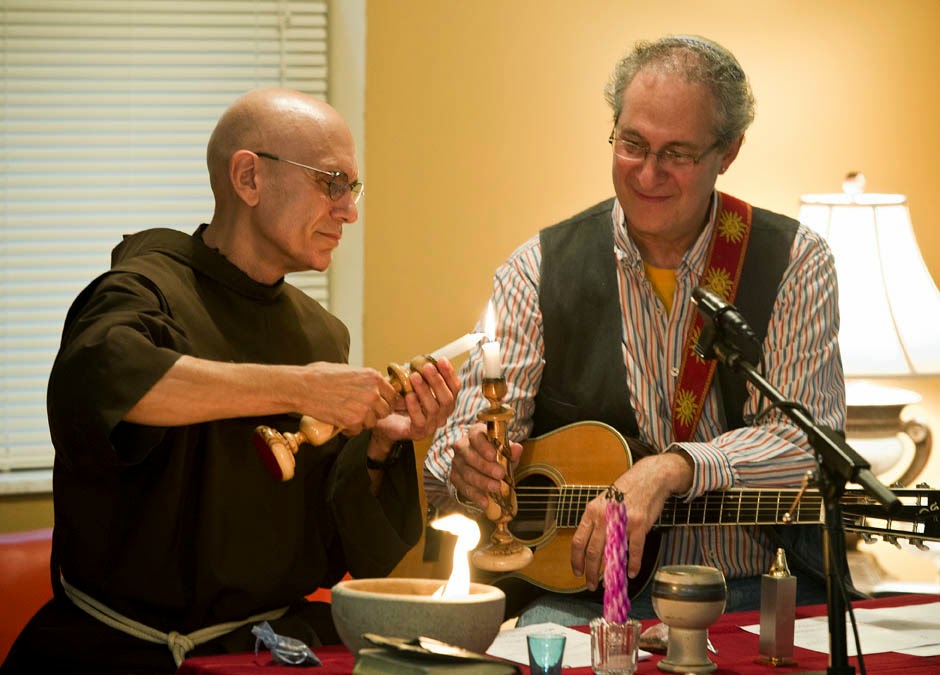 Although the actual anniversary date of this document is not until later this Fall, we chose to celebrate the anniversary now, at the beginning of Spring, so close to Holy Week and Passover, as a reminder of the historical pain and prejudice associated with this time of year, and with the hope that, as others have begun, so may we continue.

Today, we carry on the work begun 50 years ago, even more convinced that there will be no peace in this world until there is peace among the world’s religions. We wish all of you, your friends and families -- Chag Sameach, a sweet, joyous Passover, and a blessed Easter.

What's so important about having an interfaith institute for peace? We allow everyday people the opportunity to see with eyes of enchantment, to see that we are all on this planet and within this mystery together - so that we can all become people who make a difference in the world!
Posted by Song and Spirit at 11:05 AM